The Force is too eastern, they complain, and cannot therefore teach Christians anything theologically. Lucas claims that the Force is not an alternative religious option, and certainly not the religious option, but is instead little more than a plot device to allow certain aspects of the fantasy to develop. The ability to destroy a planet is insignificant next to the power of the Force. And we are symbionts with them. The driving spirit appears to be a catch-all concept that imposes something of a hypothetical commonality onto all religions and thereby underplays their important differences.

Yet precisely because pluralism attempts to find a common essence of religion we should expect the Force to have at least some, even if only thin, lines of similarity with Christian beliefs. The moral concern with this is that because The Force is portrayed as that which is ultimate, if its nature is power then power is the ultimate truth and reality of all things. In ESB the presentation of the Force has been immeasurably enriched and its relation to power is portrayed in a more morally demanding way of its bearers.

Learning to be mindful of the living Force draws the Jedi devotees deeper into the ethical life and the truth that all things are interconnected and responsible, something that the Sith, for all their power in manipulating the Force, destructively fail to appreciate. This means that the virtues of co-responsibility, compassion and so on are ultimately the truth of life.

The Force has to do with dependence and creative self-giving, not autonomy and possessiveness.

Of course, the immensely rich Christian image of the triune God, the one who as Father, Son and Spirit inexhaustibly and endlessly lives in self-disposing relationships of self-giving, is not one Lucas uses in these movies. The very undifferentiated oneness of the Force can make its ethical demands potentially more ambiguous since it does not contain within its singular self the sense of difference-in-relation. Nevertheless, the Force, at least, is the object of Jedi contemplation in such a way that the Jedi learn to focus on that which is other than themselves.

Consequently, the Force-conscious Jedi play the role of galactic guardians and in theory at least live in relations of healthy and non-exploitative interdependency. It is they who represent peace and justice in the Republic. Anakin is portrayed as knowing the ways of the Force perhaps more intensely, or at least more powerfully, than any other Jedi living or dead. This idea shapes our understanding not merely of the intrinsic value and dignity of human creatures but also of the non-human creation, thereby resulting in a theologically informed ethic that recognises and acts for the flourishing of the non-human creation. 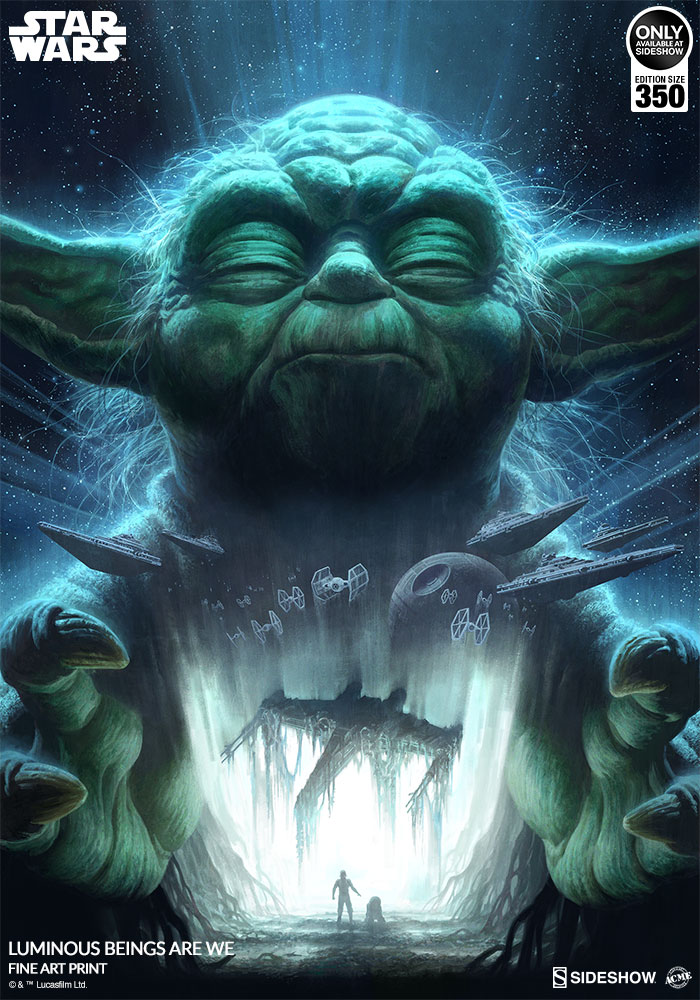 Yet we must recognise that much of the Christian tradition itself remains attentive to the metaphorical nature of all God-talk. God, as the Creator of all that is, cannot be a member of any or every thing or of any class of being, but is rather the source and goal of all that is and thus is beyond the kind of personality human persons or animals have or the impersonality that stones and molecules have.

In New York City you can now take lessons in mastering the force. CNN's Clare Sebastian reports. Star Wars: The box office guide "The Force Awakens" is projected to be one of the biggest box office events in movie history -- and Disney will cash in on more than just ticket sales.


Chinese poster for 'Star Wars' stirs controversy Some film fans are complaining the Chinese poster for the new "Star Wars" film is racist, because it downplays characters of color. CNN's Matt Rivers reports. This exhibit is a must-see for Star Wars fans A team of artists created models of the most famous characters and 11 iconic scenes from the Star Wars series.

Missing lyrics by The Real Thing?

Sound designer Ben Burtt explains. CNN's Henry Hanks discusses the huge numbers this trailer has hit online and some backlash it has received.

Secret for 'Star Wars'? Hook the kids Fandango's Erik Davis is excited for children, not around 15 years ago, who will now be able to experience 'Star Wars' mania. What did we learn from the new 'Star Wars' trailer? Dispatches from the Alliance.

feel the force/effects/benefits etc of something

The score awakens: Why music is key to the 'Star Wars' universe. Mark Hamill skips 'Star Wars' appearance to visit sick kids. First reactions come in: 'J. How to build a real lightsaber. George Lucas: 'Greedo shot first'. BB-8's creators: 'We smashed it on set'. Star Wars: 3 locations hoping for a boost to tourism. New exhibition puts the Force where you least expect it. Where is Luke Skywalker?

The private lives of Stormtroopers. Disney to open 'Star Wars' theme parks. The eyes have it for new 'Star Wars' character Maz Kanata.

Star Wars scenes made from single sheets of paper. Why has the Millennium Falcon crashed in Manhattan?